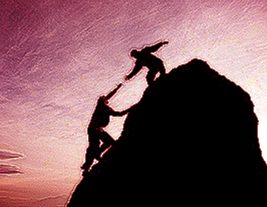 Some people are eternal dreamers, and spend most of their time visualising how they would ideally like their life to pan out. Some of these people put so much energy into their dreaming that they struggle to find the time or momentum to ever achieve their own vision for themselves. Some people are doers, and they spend their time working tirelessly at whatever is in front of them. Some of these people are so busy working that they forget to dream, and may wake up one day, exhausted, in a place vastly removed from where they want to be, and sometimes it will be too late, or they are too tired, to go back and change it. Some people find comfort in what has already been, and are constantly looking behind them, whilst others seek what is yet to come, hoping that the future will present them with something satisfactory. Some people have other people’s dreams thrust upon them, and are thereby chained to someone else’s sense of fulfillment, whilst others are left to fashion their own destiny without a rudder or a guiding hand.

Some people do not dare to dream. But sometimes another can teach them how.

My younger brother Michael met a dreamer once, about 20 years ago, in a camping ground in Nimbin, not far from Dunoon, up in the hinterland on New South Wale’s picturesque northern coast. Mick was a year or so out of secondary school, not particularly settled, and was travelling with a group of party happy, loud music playing friends, and they were camping in tents next to another, older, and quietly relaxed group of campers. The music and antics continued on late into the night, and a spokesman from the quiet group calmly approached Mick and politely asked if the noise might cease. Naturally my brother obliged, and then, as is his nature, he approached this man the next day to apologise for the inconvenience. My brother is a very amiable character and it wasn’t long before they both sat down together for a very long chat about all sorts of things. One of those things was this man’s dream for the planet, for, as it turned out, this man was the leader of the Greenpeace conservation movement in Australia. He was both a dreamer and a doer, respectful of the past, but looking to the future. They spoke together quietly for the best part of 3 days, exchanging ideas and theories. Michael walked away from that conversation with his own dream; an inspired vision that would dramatically change the direction of his life.

Mick has always been a friend of the environment and in his earlier years passively objected to the activities of the big polluters and environmental destroyers, but after getting passively battered and bruised in several protest rallies, and with the dreamer’s words still echoing in his ears, he decided that there was another way forward. The corporate way. The way of the suited environmental warrior.

Now you may be expecting a description from me of a suited Mick darting into an alleyway and reappearing in a superhero costume with a lightning strike emblazoned across it and wearing his undies on the outside, but in reality, Mick is very low-key about his work, and always undersells himself when people ask him what he does for a living. However, in order to make this story function properly, I will now need to severely blow his trumpet. It’s a little gut wrenching and he himself will be horrified when he reads this, but I’m going to do it anyway. I will plead “elder brother’s privilege” on this one.

To begin with, Mick went back to study environmental science at La Trobe University in Melbourne and, whilst a student there, he became the national environment officer for all the universities. He worked out ways for the universities to radically reduce their waste but also to harness energy with natural, sustainable, using energy sources such as water movement (sewerage turbines, waterfalls on the sides of buildings, etc) to the point that the Universities were selling power back to the grid and saving money. Mick then figured that he could apply this theory on a much larger scale. He was confident that corporations (and governments) could not ignore a compelling savings case that has a positive and sustainable impact on the environment.

Now fast-forward 19 years or so, and Michael is Global Technical Leader – Climate Adaptation, at AECOM, which I believe is the second largest structural engineering company in the world. Michael has led over 100 climate change impact, risk assessment and adaptation projects relating to local government, power, mining, ports, water, road, rail, buildings, facilities, coasts, states and cities in Australia, USA, China, India and New Zealand. Last year Michael addressed the United Nations climate convention in Geneva, and has previously addressed U.S. foreign aid Senate Committees in Washington. Michael often talks to global corporations about changing the way in which they conduct their businesses, to save money whilst helping the planet.

That’s enough! I’m worried I may have gone a bit overboard there, but I think you get the message. I found most of that information on-line, so I’m not talking out of school. Basically, if there is a better, cheaper yet more sustainable way of building an airport or a bridge or freeway, Michael is your guy. He is in his early forties, still young and energetic, and whilst he may not be wearing his undies on the outside, to me his is an environmental superhero.

But he didn’t get there on his own.

Up there in the hinterland, over several days, during a chance meeting in a camping ground, a wise man took the time out to teach and challenge my brother both to dare to dream, and then to do.

I have an overwhelming feeling that one day, perhaps when another chance meeting presents itself, my brother, as the seasoned dreamer and doer, will take the time out to teach someone else the same, and thereby complete the cycle.

3 Responses to The dreamer